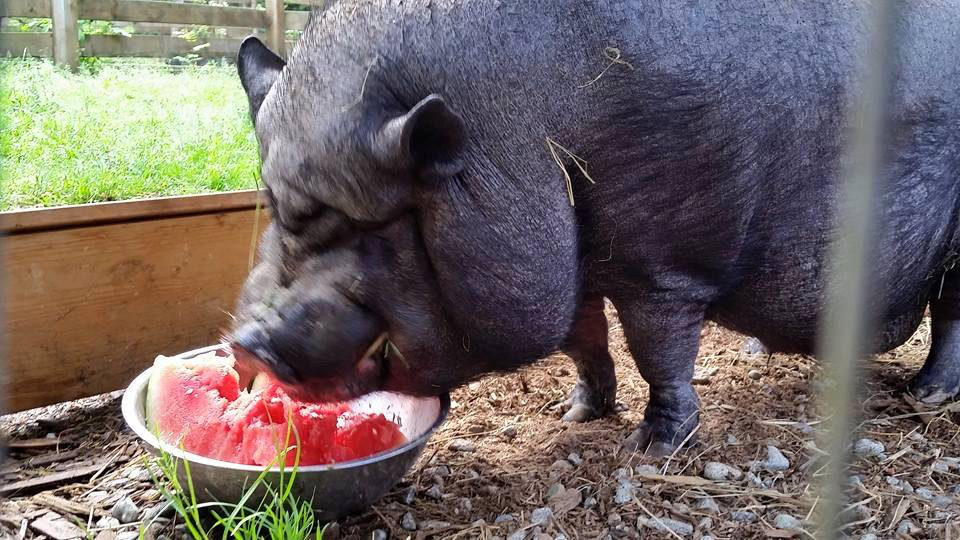 Casanova arrived as a wee baby as his living in the city was found out and he had to go. He was purchased by a young couple from one of those travelling petting zoo's for a mere 40.00 a little over 15 years ago. Casanova was named by that couple and he is a good kisser. Casa traveled with me in our years going to all the schools to help them with main events ..we always felt he was the main event tho. Grade 4 classes and little fingers reaching out to touch his nose , he was such a good boy and still is today.