Scout is brother to Dakota and both these pigs were picked up along with there mother , siblings and two others from the Surrey SPCA in 2000. Scout in his 19 season spent his life here with his family. A few years ago Scout found his way to the vet with a serious hoof problem . can I moved him to the empty side of a large shed system,one we call The Salad Bar, I had to give him injections every other day for a month . Earlier that year we had moved in Portia next door also an unwanted pig from Maan Farms One night i found Scout had moved next door cuddled up to Portia So that freed up that side and i brought in Lucy who needed a home. She moved in with the both of them. So Scout is a pretty desirable guy and no doubt as he is extremely handsome.. I never put him back with his brother as he had free will and made his own choice and it was with his girls. .
​ 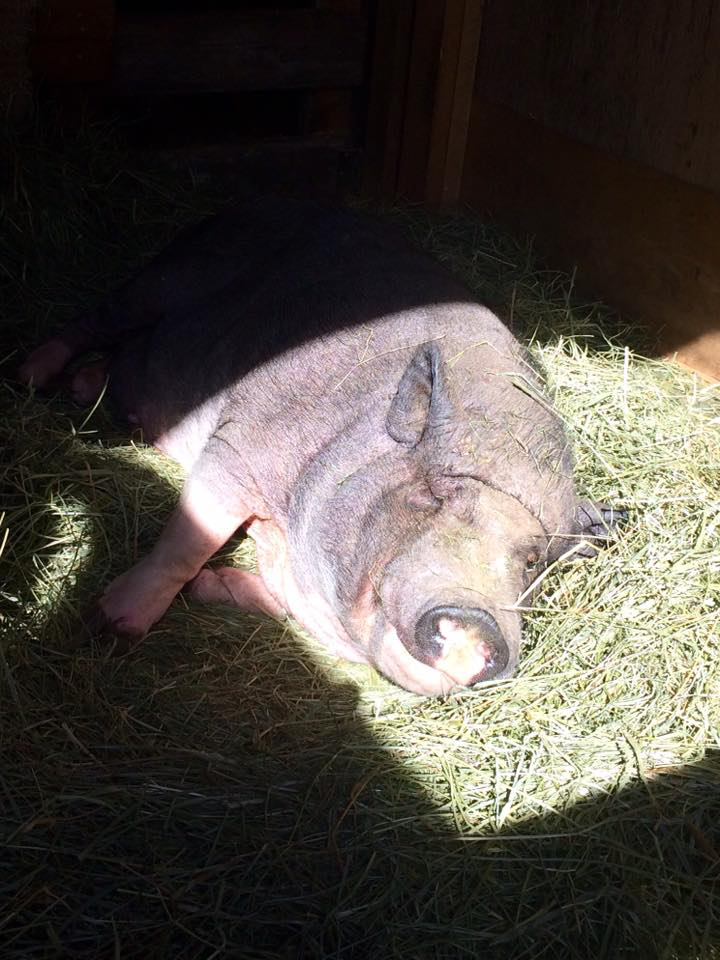